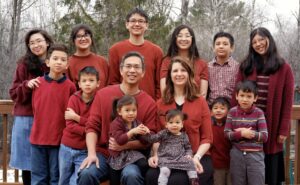 What Is A Fundamental Church?

A fundamental church is one that adheres to traditional and conservative values as supported by the Bible. These include:

Pastor Liew was saved in 2001 while reading a Gideon’s Bible at a hotel in Los Angeles. Later, under the ministry of the late Pastor Tim Hallett, Sr., he surrendered to preach when he felt the Lord’s calling into the pastorate. He was privileged to train under his pastor and lead weekly Bible studies at the Eau Claire County Jail for four years. As a believer in life-long learning, he pursues distance education courses through Arlington Baptist College, in Arlington, Texas. He also holds a bachelor’s degree in Marketing and an MBA from the University of Wisconsin – Eau Claire.

“Blessed is the man that trusteth in the LORD, and whose hope the LORD is.”
Jeremiah 17:7